We held training of Cerezo Osaka running club BRISA on Monday (holiday) on January 13.
This lecture theme "is precise by stretch".

From authentic thing before stretch plays a game,
In everyday life, we turn neck casually.

Seemingly as we seem to stretch and but, in fact, may not stretch out muscle precisely,
We lectured while becoming circular, and confirming stability, each other's differences. 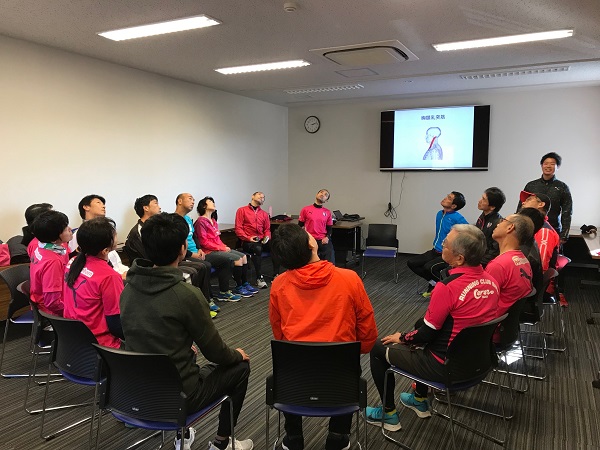 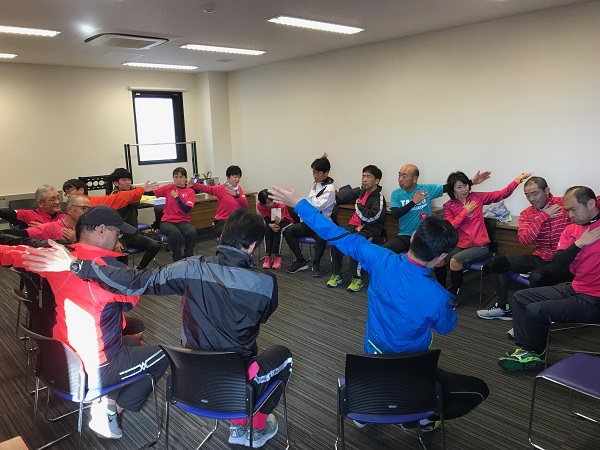 As we can stretch out muscle evenly by devising,
We will come to be able to do precise stretch with much effort!


It was Coming-of-Age Day on that day, but it was very fine and was endowed!
New adults of the whole country, congratulations! 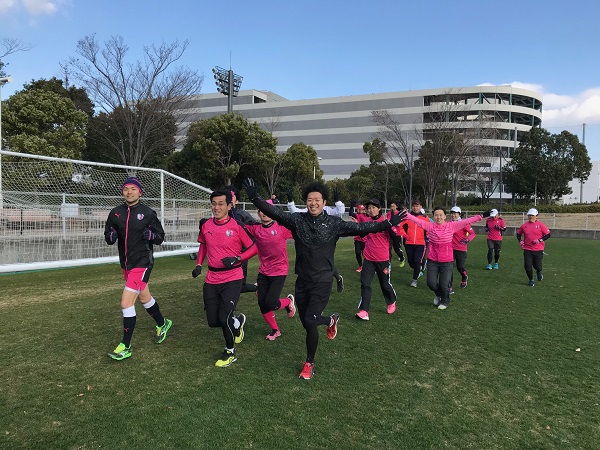 At first, we jogged lightly and did stretch that we learned by lecture. 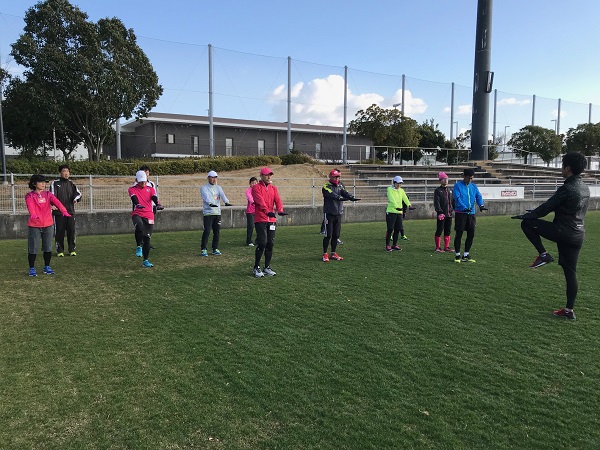 Despite fine weather, winter dance bank is very cold!
We performed with style to run between stretch a little so that body did not cool off. 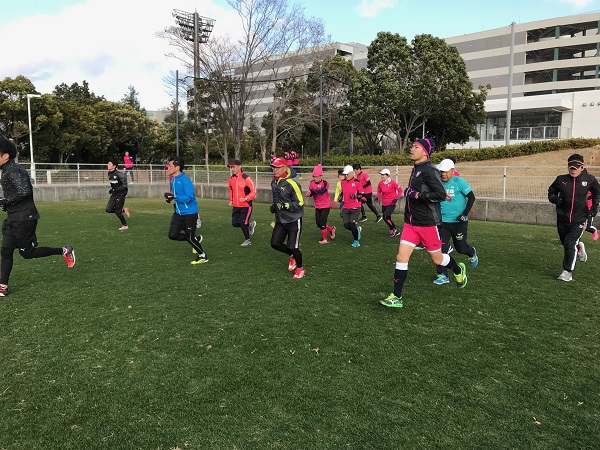 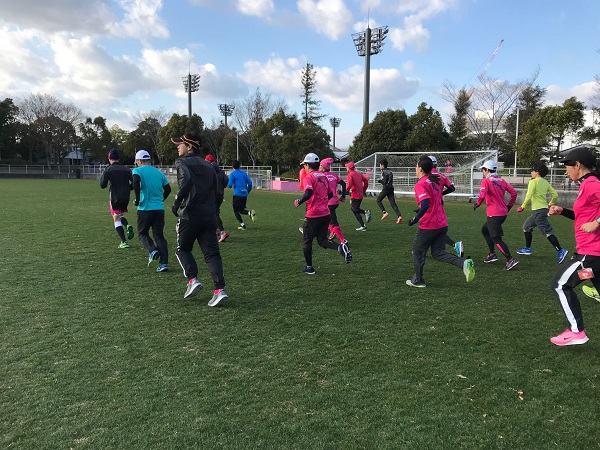 As it is colder, we start from jog promptly for 15 minutes.
We were divided for each pace for all the members yukkurimeni, remaining ten minutes for first five minutes. 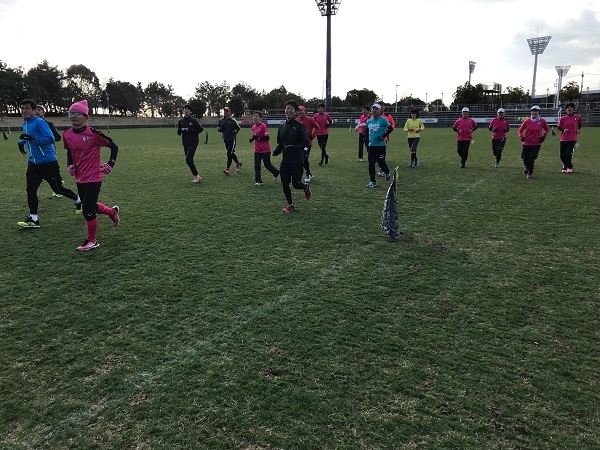 Make pace of soccer one side when some bodies warm,
While having jog (sometimes dash) of go-around; is muscular workout for each corner! 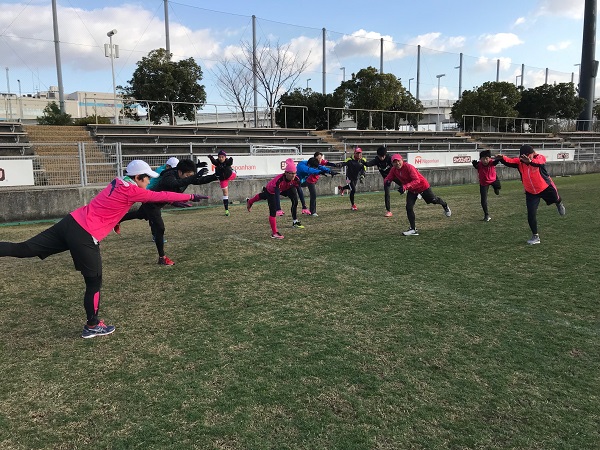 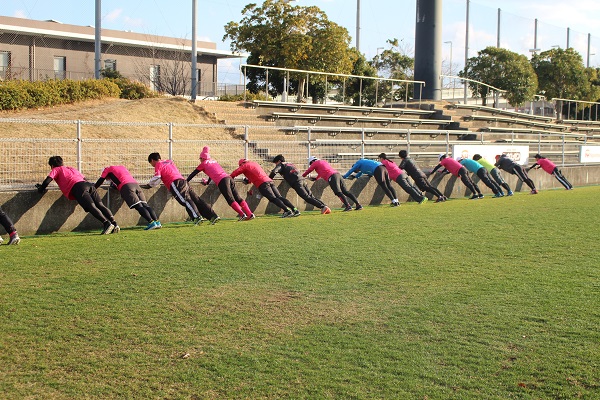 It seems to be thing near forest coach reason, HIIT training! 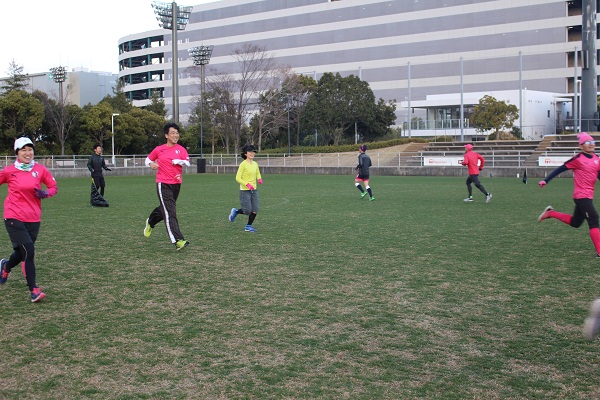 Then, by four people became 4 groups and performed irregular relay by team opposition.
Much-talked-about which "it is against easy mark" makes an outstanding performance again from the end of the year! 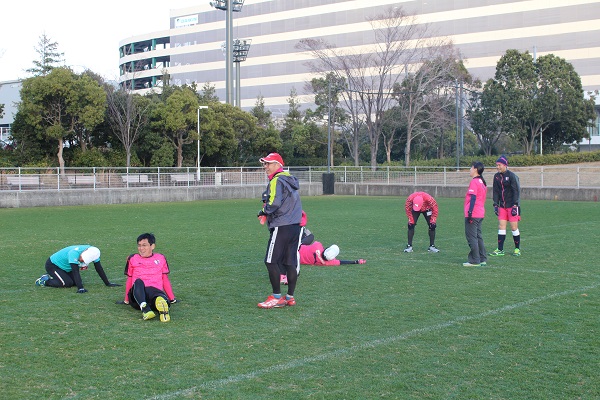 "Pinch runner" rule was added on the way, and team which used rule well was strong! 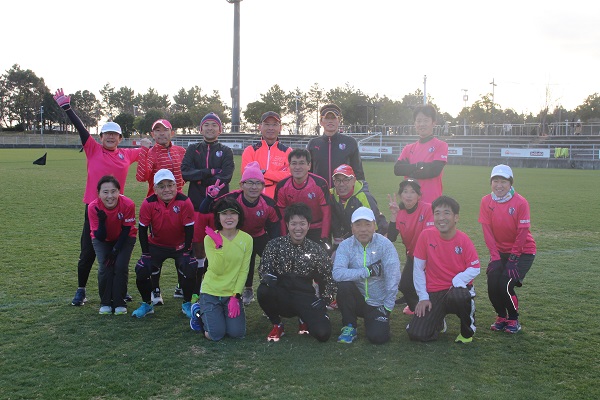 The first training was enforcement that we met newcomer three people in the New Year!
Thank you, all of you who had you participate!

As there is much member participated in held Osaka half marathon on the same day,
It is during great admiration offer in participants to exercise society! Person who can participate is Clik! in this right now!

Past training report is this