Because was holding with a small number of people today, in secretariat N of beginner more than running,
We participated together! (by saying, there are fewer photographs m_ _m)


Serialization series by Shibata coach "will know physical structure,"
Following ankle, knee joint, hip joint which we learned before, we learned about "interlocking movement of joint".

Both joint and muscle have each role.
For example, we squat. Muscle is twisted when we perform with tiptoe and knee as Curl.
By turning tiptoe outside a little, there is not unreasonableness; seem to move.

In difference in just several centimeters, burden to body is replaced! 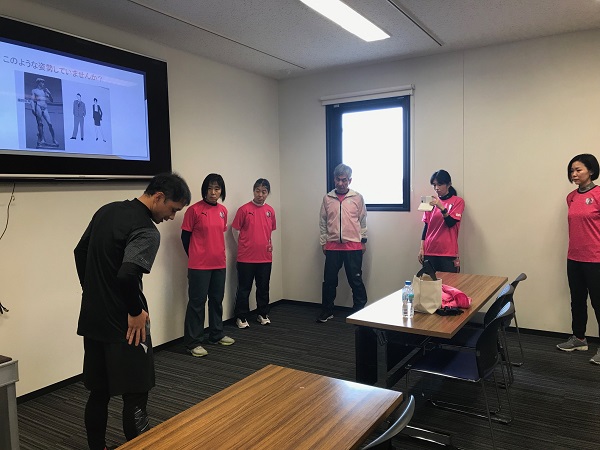 In addition, it is the latest knowledge even if, surprisingly, it says to listen by lecture!
We remember posture such as statue of David of photograph if said to be "rather cheap posture",
It is with example which is bad for posture, and "rather cheap posture" of the current times does not seem to be this.

Though "we take a rest", it is ... surprise to have been posture that burden depends on body.
It is good lecture that can update knowledge in the latest edition! 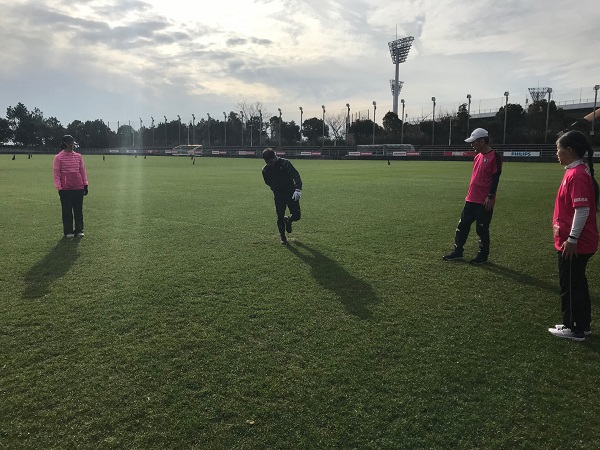 After having made one lap of jog lightly, we stretch.
It started from muscular workout to train effectively. 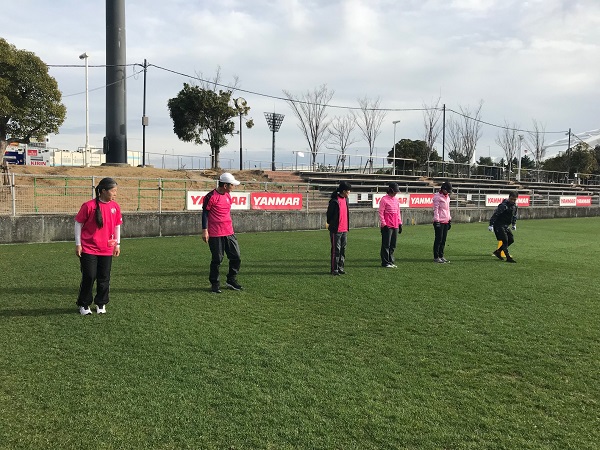 It is training of the making of movement next.
It is actually different from doing it even if it seems to be easy. . .
As a matter of course, muscle which we do not usually use seems to have difficult movement. 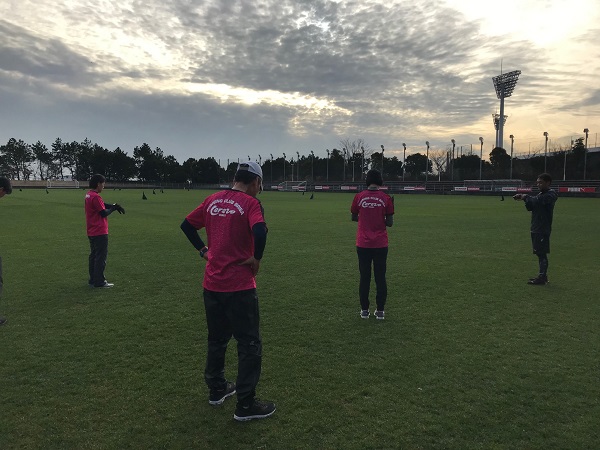 It is 20 minutes race successively. As for me who was able to afford first slowly as it was a pace,
... which some breathing has begun to be distracted with since we were over half.

But! There is advice about breathing from Shibata coach as having totally waited until timing,
We were able to run still more when we made the street as having been reborn! ！
We may hear exaggeratedly, but are true. We were surprised. 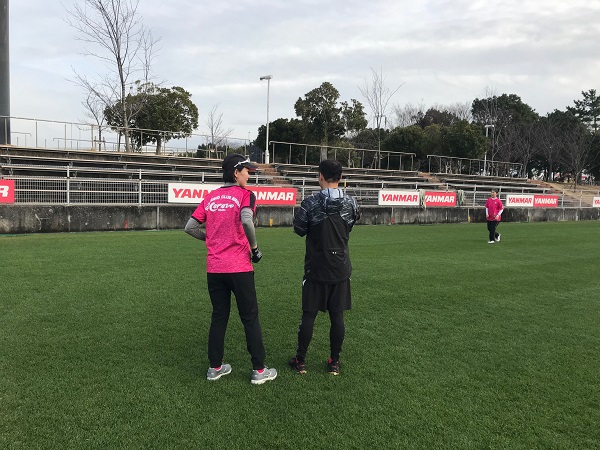 After having sandwiched some breaks, we performed 15 minutes race. (I leave here)
As was small number, video photographs form of all the members, private guidance!
At very few opportunity, some raised joy from participants. 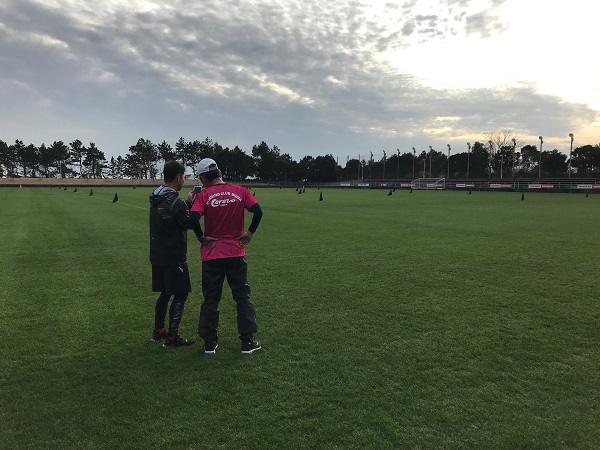 We experienced training, and even beginner was able to actually run very happily♪
Since long-distance running of junior high school, it is secretariat N which was not running directly,
After having finished running, there was refreshment & sense of accomplishment that nobody knew! 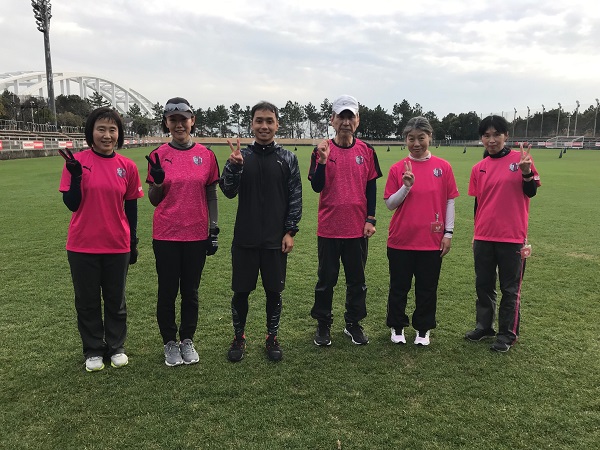 As for the running beginner, experienced person waits for everybody, too!

Past training report is this